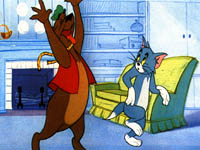 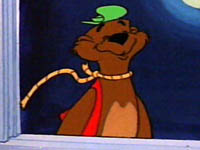 Biography
An escaped Circus Bear. He LOVES to dance. He hears music and he starts dancing with whomever is closest…usually Tom who is rather relunctant to dance with him. But who's going to argue with a bear?